Welcome to The Ne Timeas Nine. In these series, we’ll spotlight members of the NTRG team by asking them nine questions about food, work, life, and everything in between! 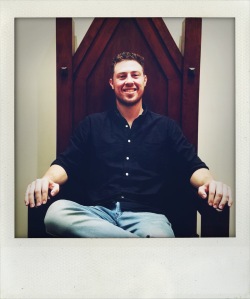 1. As an Assistant General Manager of one Ne Timeas restaurants, Aatxe. What are you most looking forward to? While working with Ne Timeas, I am looking forward to learning and growing with the company. Never have I been involved with a company so eager to lend a hand in developing the skills that you feel are most valuable to yourself. Sam Bogue, the wine director for Ne Timeas Restaurant Group, has been one of the most influential team members in helping me develop my knowledge in all things wine, and I am excited to continue down that path to see what the future holds.

2. Tell us something that would surprise people about you. People might be surprised to know that I majored in Economics at UCLA. Economics and restaurants might not seem to go hand in hand, but it’s been working out well for me.

3. What brought you to San Francisco? Before San Francisco, I was living in Sonoma. Every couple of weeks I would come out to visit the city and before long I knew I had to make the move. A spot opened up at my buddies place and I took the plunge, the rest is history.

4. What is one dish you cannot live without? Honestly, soft scrambled eggs. I love dishes that are extremely simple, but when done right they can have so much complexity. It’s my go to breakfast and late night snack.

5. Hidden talent not related to food? I’m ambidextrous if that counts.

6. Happiest food moment? It’s so hard to pick one, but it might have to be eating foie gras biscuits and gravy at Animal down in LA. It was right when that restaurant was really exploding and had 4-hour waits every single night. The food was epic, but beyond that, you just had the feeling that you were in the right place at the right time.

7. What is your go-to dive bar/restaurant in the city? I live out in the Richmond so my go-to dive would have to be Shanghai dumpling king, and I’m not ashamed to say that I eat soup dumplings there at least once a week.

8. What is the worst job you have ever had? I’ve worked in restaurants since I was 15 and never had any other jobs. Every restaurant is its own unique dysfunctional family so I guess I really haven’t had a “worst” job.